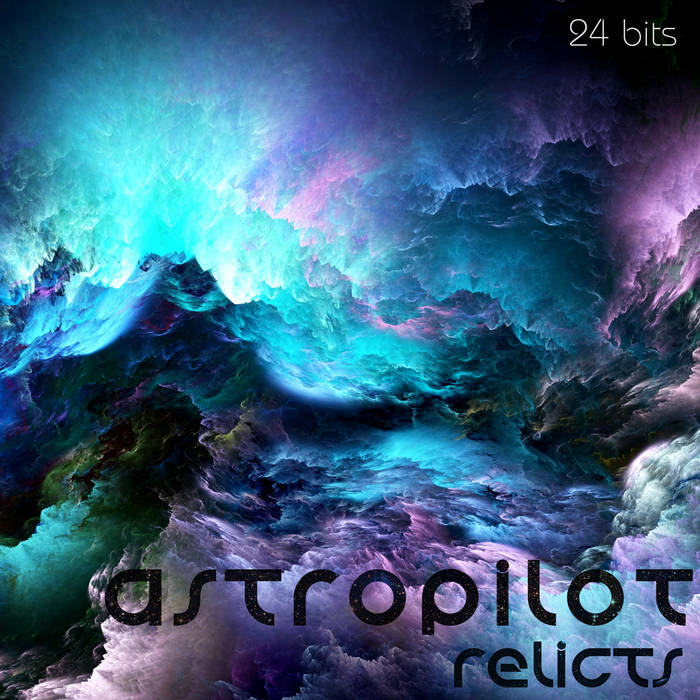 Eric Ghost Each of these tracks provides an outstanding journey into wondrous worlds of imaginative listening. Myriads of Pathways is nothing less than a masterpiece! These relicts may have a past, but they will undoubtedly stand the test of time well into the future. I'll be listening to these wonderful odysseys many more times over. Favorite track: Myriads Of Pathways.

Relicts. Found in the voids of deep space, these hidden relics from a time long-long ago are now even more crisp after remastering by Astropilot, your personal guide in this Universe.

Track “Clear Perception”:
You are gazing at the star map, a hologram floating freely in the space of the ship’s cockpit. So many worlds are at your fingertips, just a wormhole away. So many bedazzling discoveries are ahead, but your head is clear. You utter a command and the ship obediently starts moving…

Track“Myriads of Pathways”:
The Universe only seems three-dimensional; nobody really knows how many dimensions it harbors. Nevertheless, travelling through hyper-reality, one sees that any two points in space are interconnected by myriads of pathways.

Track “Eternity and Instants”:
What is time? Sand dunes of instants strewn across unfathomable eternity. Who are we if not dervishes whirling ecstatically in these sands of time?

Track “Son of the Sky”:
All of the monstrosities of space travel are worth finally stumbling upon an inhabitable world. You descend to aboriginal tribes bring knowledge, technology, and greater awareness, and in return they call you “Son of the Sky”.

A journey through years of AstroPilot music with wide range of dance chillout and progressive chillout music. All tracks were refreshed with new 24 bit mastering in July 2016.

This album includes new versions (tuning, mixing) of tracks released on Plusquam, so why they have now new names.

Find all my music over on Spotify :) sptfy.com/astropilot

Bandcamp Daily  your guide to the world of Bandcamp

Featuring Plunky of Oneness of Juju and Coldcut & the Keleketla! crew.